Watching today’s cricket is fun and entertaining. It could be International matches or franchise-based games; our eyes are glued watching the TV and supporting our team with popcorns and drinks. Speaking on cricketing eras, we saw West Indies dominate between 1974 and 1985 and Steve Waugh and Ponting’s Australia ruling the 1995 to 2009 era. But in today’s era, can we consider the present Indian team to have bargained the same supremacy like that of West Indies and Australia.

The dominance of West Indies and Australia

Recalling the West Indies era under the leadership of Clive Lloyd, with the likes of Sir Vivian Richards, Gordon Greenidge, Desmond Haynes, Malcolm Marshall, Joel Garner, Michael Holding, the mighty team had dominated world cricket for over a decade. Lloyd had led the way to make the West Indies cricket team invincible between 1974 and 1985. Meanwhile, we cannot ignore the men in yellow who had better years than the Windies.

Do you remember Australia’s remarkable hat-trick in the 1999, 2003, and 2007 World Cups? Sure we all do. The formidable men in yellow were a strong, resilient team with balance and depth. The competitive Aussies bashed their opponents and dominated matches psychologically.

The Australian cricket team had a fearsome batting line-up, starting with Matthew Hayden and Justin Langer as the openers, Ricky Ponting, Steve Waugh, Damien Martyn, and in later years Michael Hussey and Michael Clarke in the middle order. With the likes of Adam Gilchrist, Australia had the best wicketkeeper-batsman in world cricket. Coming to the bowling attack, we all know how bowlers like Brett Lee, Jason Gillespie, Glenn McGrath Mitchell Johnson brought fear amongst batters. And how can we forget the spin wizard, Shane Warne, who made it difficult for the batmen to read the ball.

Every player in the squad had performance levels at their peak, which further enhanced their dominance. It did not matter which conditions and the quality of opposition they played; Australia would conquer anywhere they went. 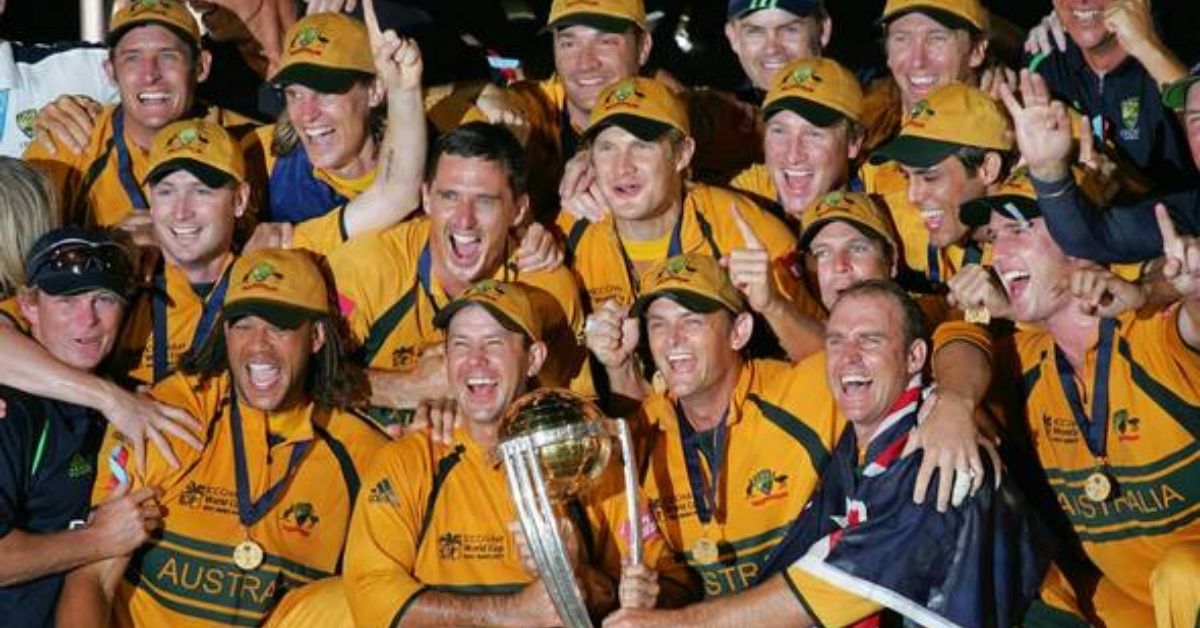 However, the glorifying days of Australia did end with the retirements of all those mentioned great players. They still dominated in their home games and managed to win away games, here and there. Suitable players replaced the legends, but that did not bring the quality, which was good enough to be considered a force to reckon with.

India’s dominance in all formats of the game

With the captaincy of MS Dhoni and Virat Kohli, a disciplined but empathetic support staff, India already has the numbers that made them a great team on paper. 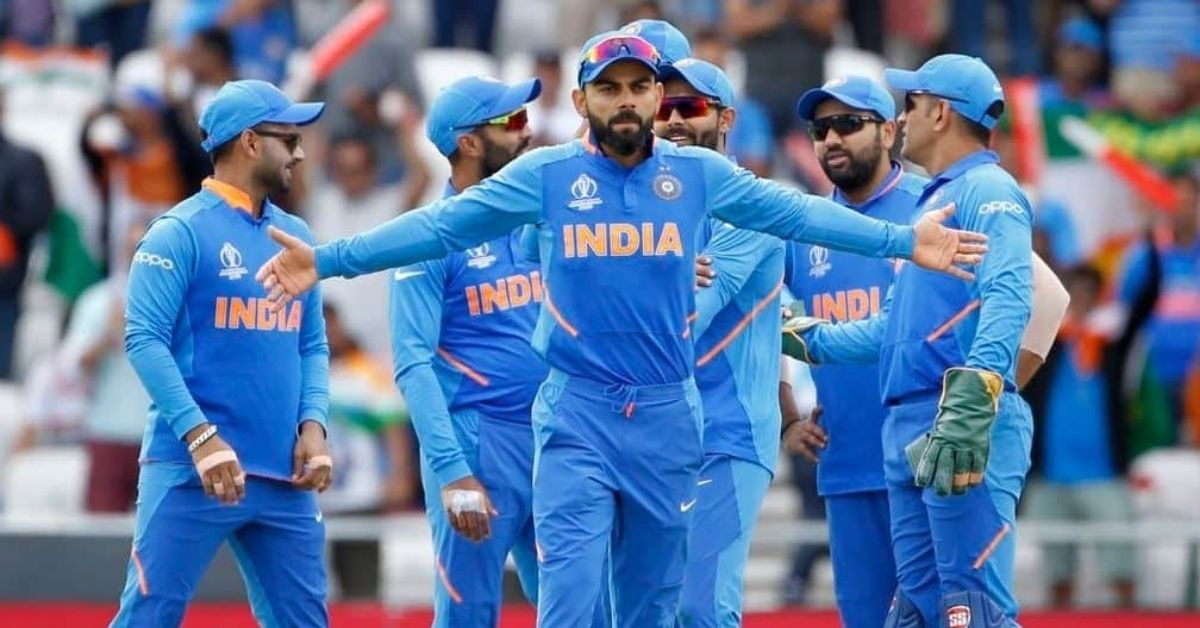 At the same time in ODIs, India has won 63 out of 94 ODIs, again topping the chart with the most wins by any team, with England second-best amidst 59 wins out of 88 ODIs.

And in the shortest format, India has won 54 out of 74 matches, right behind is neighbouring Pakistan with 39 wins out of 58, and Australia 28 of 50.

Not just home games, the cricket played in overseas conditions also saw the wrath of the Indian team on away soil. The latest example is the Border Gavaskar trophy in Australia. Despite the absence of Virat Kohli, Jasprit Bumrah, Ravindra Jadeja, and many important players, team India pulled off the series from the jaws of Kangaroos 2-1. 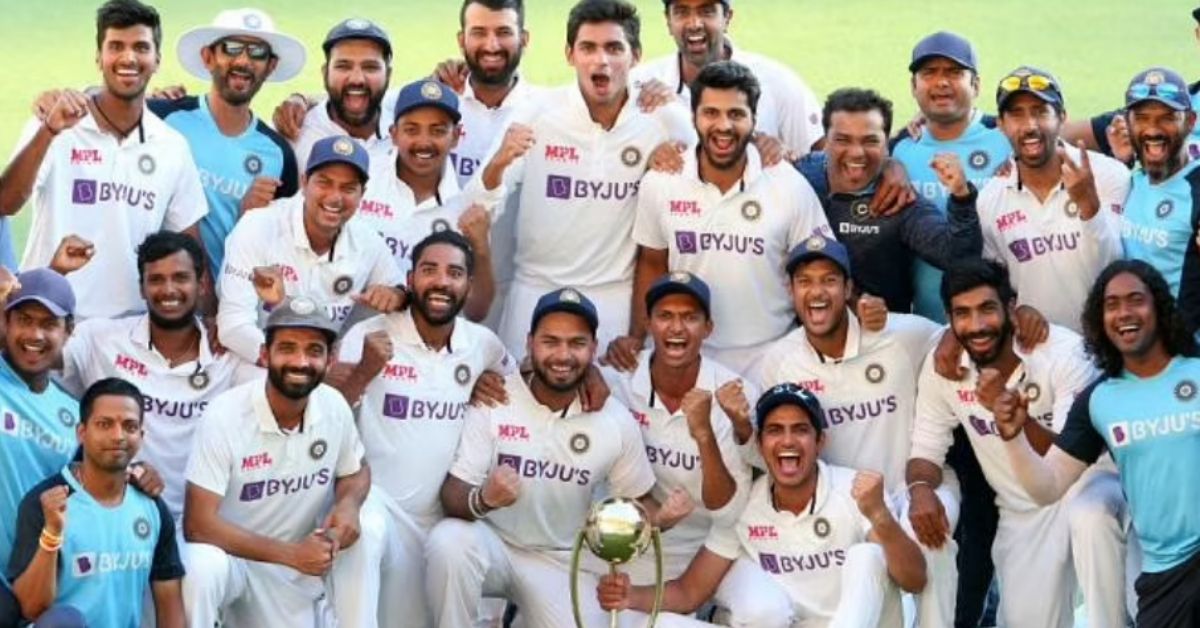 Previously, Darren Gough, the former England pacer, had compared the comprehension of the current team Indian to the Australian of the 1990s, saying Virat Kohli’s men know how to “get a team to win.”

The most significant factor that upholds team India in all-format is the wide range of quality players India has carefully sustained over the years.

Kohli, Rohit Sharma, Ravindra Jadeja, Rishabh Pant, and Jasprit Bumrah are playing all formats in all conditions. The Test centre of Cheteshwar Pujara, Ishant Sharma, Ajinkya Rahane, and Hanuma Vihari looks great for any batting surface. Mohammad Shami, Mohammad Siraj can also be managed according to important tours and tournaments.

However, the question stands tall: Can this team India beat the mighty Australians back in the days.

In the past, it was purely understood that the former Australian team was a team to be beaten. Although they had little contradictory results in sub-continent games, they never-give-up attitude, which made them a special side. They don’t really surrender to opposition even if they are in a losing position.

The term “invincible” is considered for the team that used to win all test matches in a row, whether home or away. For example, Australia used to beat all-powerful England, South Africa, Pakistan, Sri Lanka, and Indian teams in their homes for decades.

Teams like England had forgotten that they could win Ashes during the 90s and 2000s. South Africa was banged in their home by Australians continuously for two decades. Pakistan and Sri Lanka were humiliated each time in their homes. India saved one series by the breadth of their skin in 2001 and lost badly in 2004–5. This was the dominance Australia had on the show.

Did India do the same? Apparently not.

Discussing Indian batting, it wasn’t a big deal when matches were held in sub-continent pitches; our batsman looked better, often dominating the visitors. But the same batsman looked shell-shocked while playing in overseas conditions. The bouncy or swinging conditions confused the batter except for Virat Kohli, who did well in all conditions.

Earlier, we had some of the finest batsmen in middle-order, keeping the opener’s job more manageable. Unfortunately, this is not the corresponding case now. If Kohli or Rohit gets out early, a sudden batting collapse will keep the scoreboard in a compromising position. 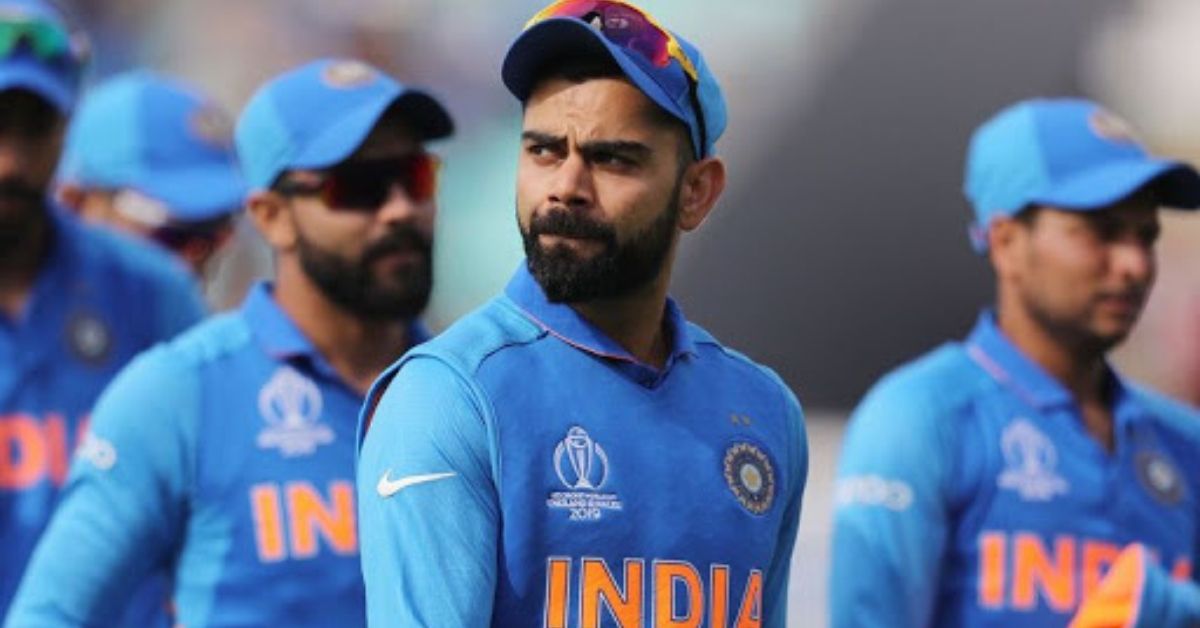 The only positive in the current team is the good pace attack and the all-round performance from all-rounders. In the current Indian bowling line-up, we have Jasprit Bumrah, Mohammad Shami, Ishant Sharma, Mohammad Siraj, and Bhuveneshwar Kumar. These bowlers can do some serious damage to the oppositions’ batting line-up. And the best thing is that they are pretty much all-rounders, which were not the same in Ganguly’s era. This made the difference as the team performed well in each game.

Considering all the facts, it is hard to say if Kohli and Co. could go toe to toe with Ponting’s best XI. However, there are still more years to go, and the Indian team still has more records to break in overseas conditions. Until then, it is unfair to compare the present Indian team with the mighty Australians.

So what do you think about this comparison? Help us know in the comment section.