After five days of Tejasvi Surya row, 17 Muslim staffers in the South Zone have been taken back in the BBMP war room.

Reinstatement of the staffers

Previously, the MP Tejasvi Surya, along with MLAs Sathish Reddy, Ravi Subramanya, and Uday Garudachar, charged the war room and made accusations of bed blocking scam providing the names of 17 Muslim staffers and questioned their job. After the allegations, all the members were suspended and disgraced as perpetrators. All the alleged members were part of the 212 staffers outsourced by Crystal Infosystems and Services. 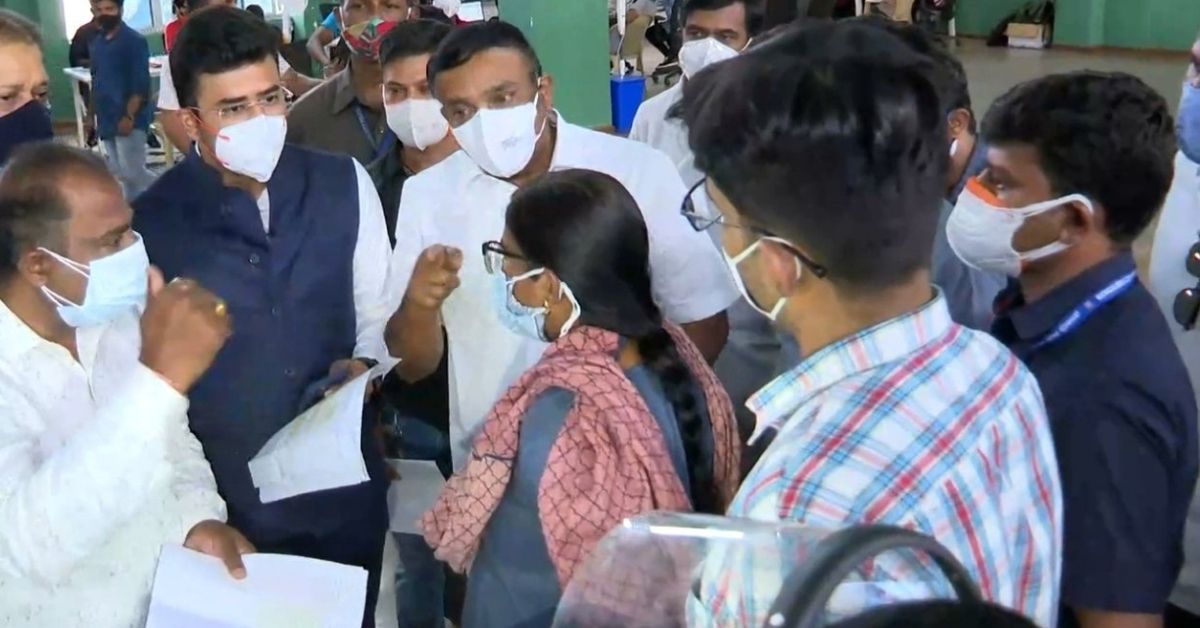 According to the reports, now, it is seen that Crystal Infosystems and Services, the company which had appointed the employees to the BBMP, met Thulasi Maddineni, the IAS officer in charge of the South Zone war room, and requested for the reinstatement of the staffers holding that none of them was involved in the bed blocking issue.

To which, the officer said she had affirmed to them that the jobs will be restored.

“The agency arrived and asked us to take back the staffers. For several workers, it is the question of their livelihood. The request was made on Saturday. They (the staffers) will be taken back from Monday,” she said.

Zameer Pasha, one of the staffers who was suspended due to allegations, spoke with Deccan Herald. “I am happy to discover that the officials have acknowledged our integrity. However, I am troubled about returning to work. But I will resume the work. I have worked with morals and will continue to do so in the coming days,” he said.

A different suspended staffer, who uploaded patient data on the BBMP portal, said that he feels unsafe. “I am going back to work because I want them to know that I am innocent and have nothing to hide. But I feel that I will be watched all the time. Whether all others do the work or not, I think my work will be watched,” he said. 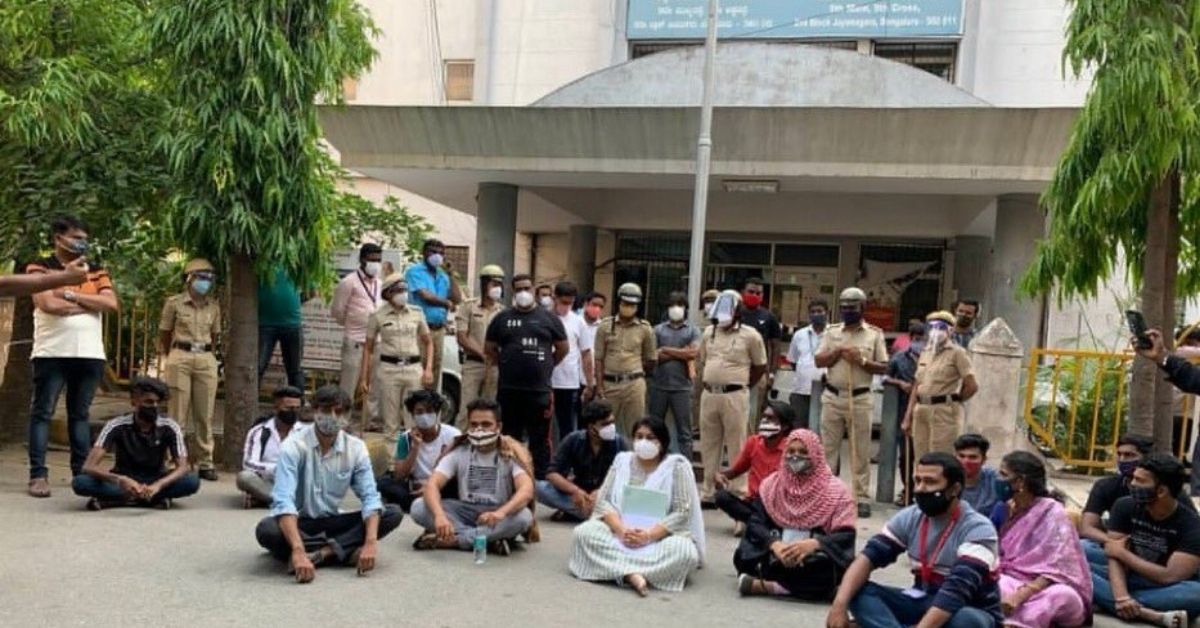 Shivu Naik, manager of Crystel Infosystems, said he was yet to hear from officials, but the move was a good step as none of these staffers worked in the concerned section.

“It’s an appreciated move. Our company had offered letters to the BBMP on behalf of the employees as the job was important to them in the pandemic. I will meet the officials tomorrow,” he said.

A day after Tejasvi Surya’s allegations, the war room had seen weakening as many employees refused to work, regarding the leakage of their personal data. Surya visited them once again and apologized for the leak of numbers. However, his office has clarified that the MP did not apologize for what happened to the Muslim staffers.

Surya was at the war room at 7 pm Thursday and remained in the parking lot before visiting the staffers at 7.30 pm when the crowd was weak.

In a short audio clip, he is heard saying: “I am sorry. It was not my purpose. I intended to help regarding beds, not to leak numbers or put people down. I recognize your problem that your details have been leaked and you are getting calls. I am not telling all are responsible, but some are, and they have been restrained.” Source 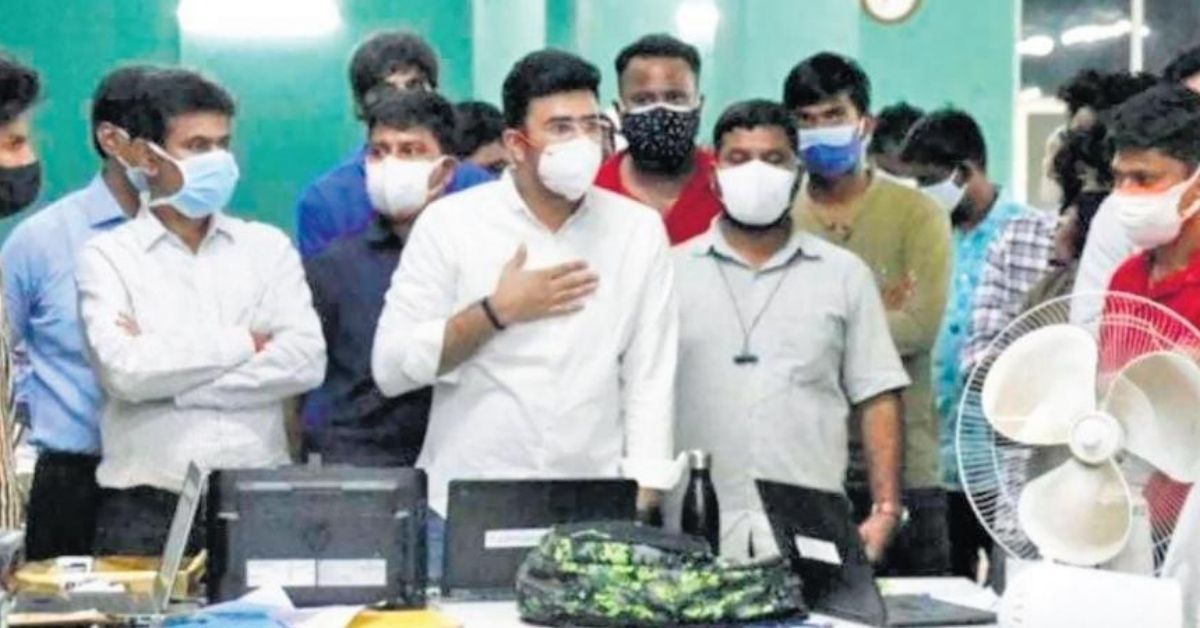 The MP also tried to give solutions like changing the numbers. “Change your numbers. I will provide you with all the new SIM cards. Switch off your mobile phones for 2-3 days, and those irritating you will stop. Take calls only from family members and known people and ignore the rest, as I do.”

Nevertheless, these solutions did not impress the staffers who questioned how their numbers got leaked and how they could change their personal numbers linked to bank accounts and other government records. Instead, Surya tried to blame the agency and BBMP officials, saying they had made the staffers’ numbers public and they had gone viral.

This is what the MP speak regarding his criticism on social media:

You can’t expect a better reply than this by @Tejasvi_Surya when he was posed, what’s your reaction for the criticism… Folks, let’s allow our representatives to work for people at this critical time. pic.twitter.com/hvldHVSo81