It might have not been Team India’s day in the middle of the World Test Championship final after New Zealand put up a serious challenge. But the Indian captain, Virat Kohli, looked in the mood as he danced while fielding in the slips.

Kohli dancing to the drum beats

Despite the Ageas Bowl having hardly 4000 spectators in attendance, they have managed to keep the atmosphere fun and buzzing. Be it the drums and instruments playing the Indian tunes, the situation, however, forced Kohli to perform a celebrated performance.

Just after New Zealand came out to bat in the second session of the day, the Indian skipper Virat Kohli, who was fielding in the slips during the ninth over of the innings was seen dancing. 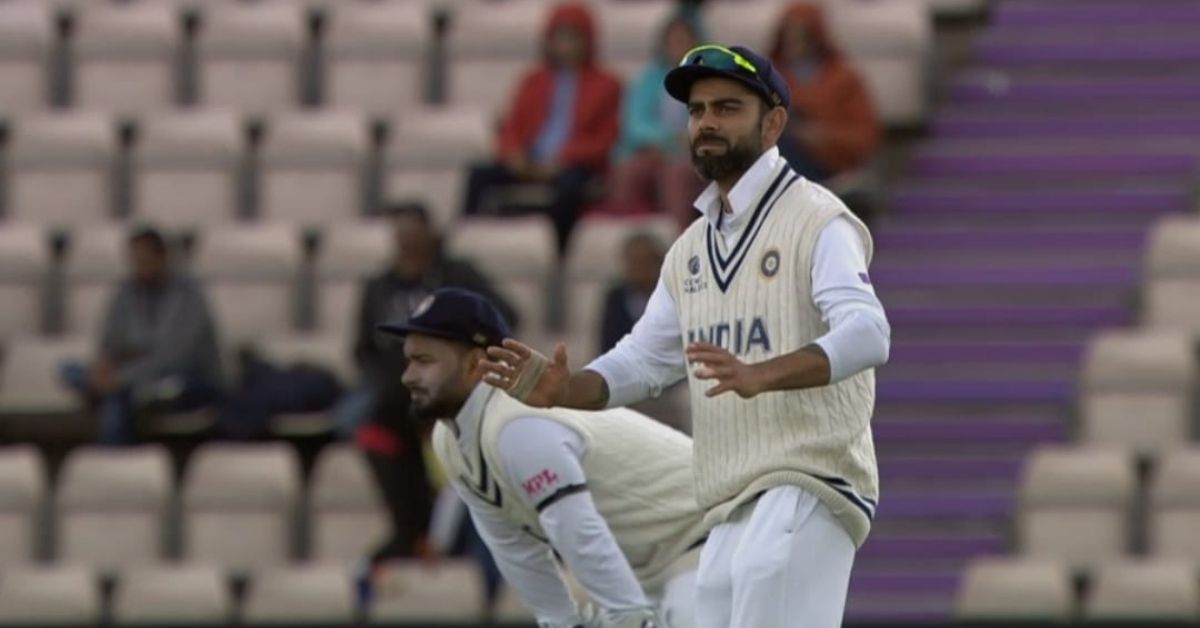 Kohli, who is recognized for his crowd-pleasing movements when on the field, tried to cheer up the fans behind the team as India was battling out with the Kiwis in the WTC final. He danced to the sound of dhols being performed by the fans at the stadium.

The 32-year-old was one of Team India’s top scorers in their first innings. And despite that, the Kohli and Co. were bowled out for 217, thanks to Kyle Jamieson’s dancing ball that gave him 5 wickets for 31 runs.

Kohli made a reasonable 44 while his delegate Ajinkya Rahane top-scored for India scored 49 runs.

The WTC final has started on June 18 and will finish on 22 with June 23 as a reserve day.