Watch Video: Man Feeds Panipuri To Cow And Her Calf

A video of a man feeding panipuri or Golgappas to a cow and her calf is going viral on social media. Netizens find this video to be adorable.

Do you think it is us humans who have a craving for Panipuri/Golgappas? Well, think twice. Even animals these days love filling up on the same. In a video going viral on the internet, a man from Lucknow is seen passionately feeding panipuris to a cow and her calf.

Usually, people shoo away animals that bother around a food stall or a vegetable store. But this video shows a different scenario. The man who owns the Golgappa stall in the video decided to give the cows a treat by feeding them tasty golgappas and it appears they are loving it! 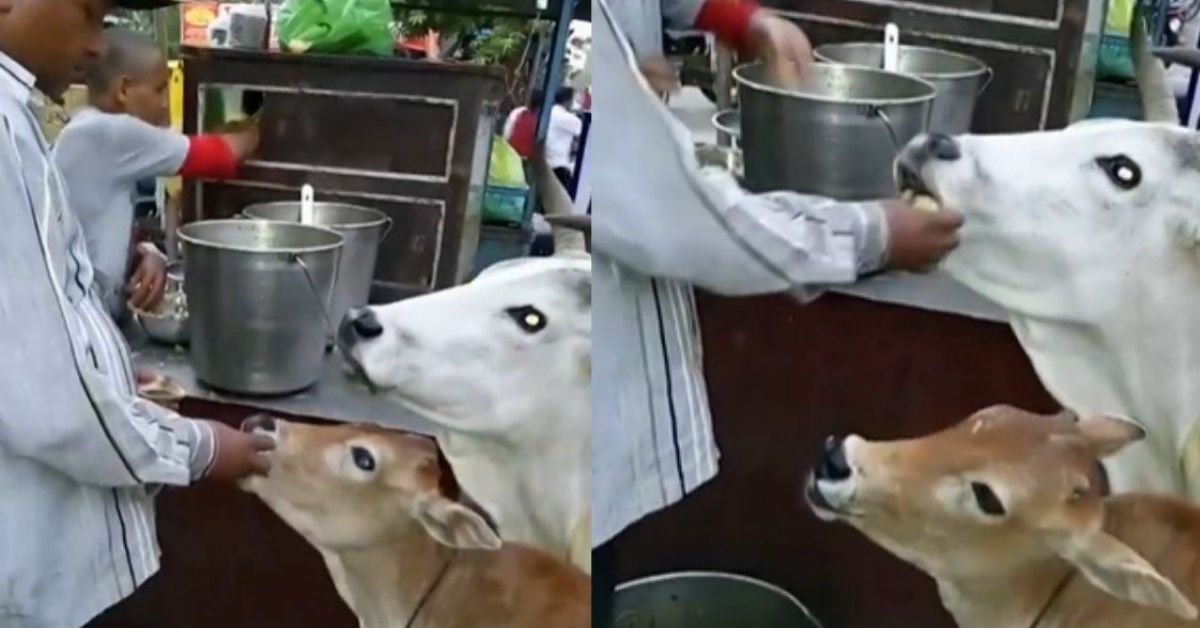 At the end of the video, the man tries to shoo away the cow, however, the adorable animal has just not given up on the most appetizing dish on the planet. It craves for more and the man has no choice but to feed them.

Little Girl Visits Doctor By Herself While Parents Were At work