Social media is buzzing with a viral photograph of Congress President Sonia Gandhi which shows a book titled ‘How to convert India into a Christian Nation’ in the background. The picture also a Holy Bible and a statue of Jesus Christ.

A picture of Congress President Sonia Gandhi has gone viral, which eventually reveals a bookshelf behind her with a book titled ‘How to convert India into a Christian Nation’.

The image also shows a copy of the Holy Bible and a statue of Jesus Christ on the shelf. 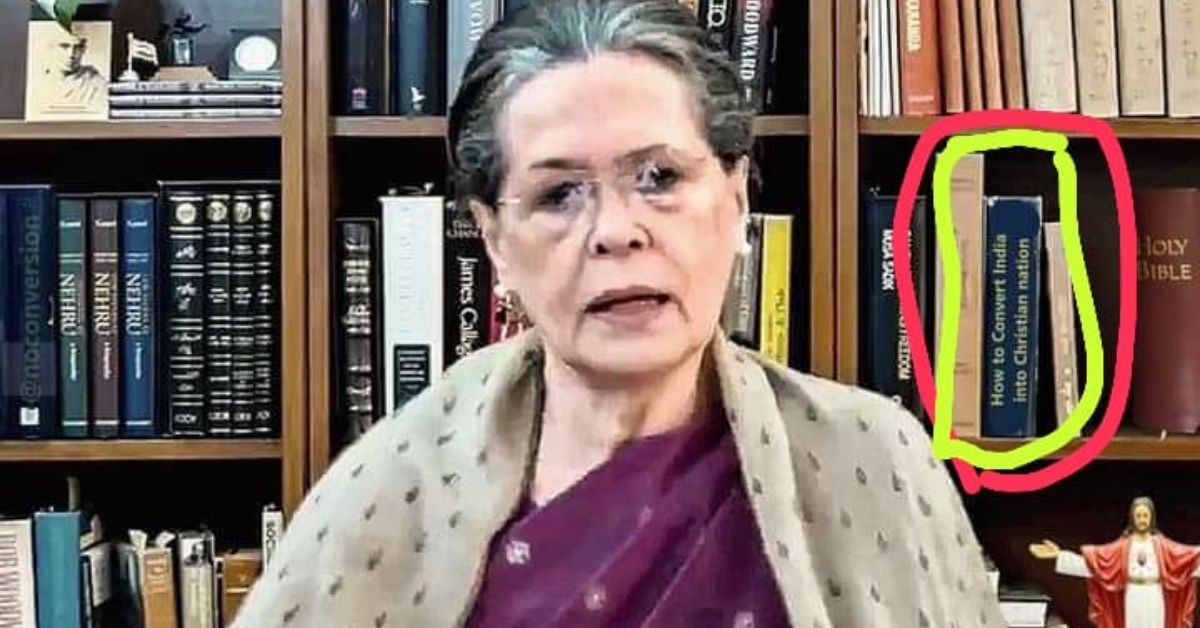 Netizens were shell-shocked to see this picture and started sharing this on Twitter. The picture is now number one trending with the keyword “Christian Nation”.

However, on investigating the reality behind the picture. We found out that this photo was cleverly edited. The viral image of Sonia Gandhi with the book on Christian conversion is fake and has been edited.

You’ve gotta be seriously bigoted & dumb to think that A such a book exists. B anyone who is not as moronic as bhakts would display it. C for anyone remotely literate the pic is obviously morphed pic.twitter.com/6ULHxbDYaK

While investigating further we figured out that the image is a screenshot of a YouTube video that was uploaded by the Indian National Congress in October 2020, where Sonia Gandhi addressed the people of Bihar on matters related to the state’s economy and unemployment.

Here is the original video