Seeing a jump in COVID-19 cases, the Karnataka state government has decided to take the necessary steps to curb the virus spread. Given this, the government has announced strict guidelines which came into force yesterday. The Govt. has also implemented a rule of 50% occupancy in cinemas which has affected newly released films especially Yuvarathnaa.

As per the new Covid guidelines, only 50% of occupancy in movie theatres will be allowed, which has unquestionably come in as a big blow to the owners of movie theatres, producers and actors. In the coming days, a lot of Kannada films are getting released and this 50% rule will surely impact viewership.

Puneeth Rajkumar, who starred in the recently released film Yuvarathnaa has to face challenges because of this new regulation.

After the new rule came into force yesterday, Puneeth Rajkumar and director Santosh Ananddram, came live on Facebook and requested the government to remove the 50% occupancy of the seats rule in theatres and instead give them 100% full occupancy.

Puneeth questioned the government as to why the harsh rules are just for movie theatres. “If the government had made an early call on the strict rules we wouldn’t have released the movie. And now when the movie is released and it is getting a good response how can you restrict the occupancy in theatres? A good Kannada cinema is been killed.”

“When we see, in election campaign meetings, people everywhere gathering, but we can’t see any such rules there, why it is only for us?” he questioned. Source: Times Now 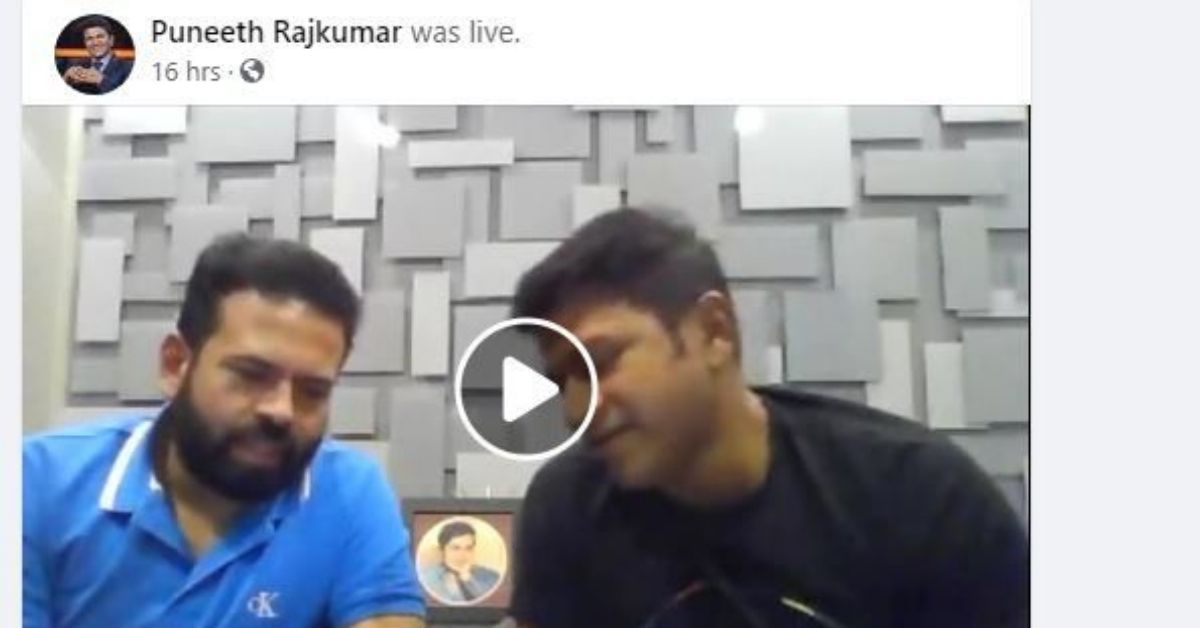 The new rule has been executed in 8 districts of Karnataka where cases were reportedly building. The districts include Bengaluru, Bengaluru rural, Kalaburagi, Bidar, Dakshina Kannada, Mysore, Udupi and Dharwad.

Speaking on the same Yuvarathnaa director Santosh said, “Without giving any hint, or information if such decisions are taken then where should the producers go? We have just released our film and it is doing well. Now, what will happen to us?”

“All the necessary precautions like wear face masks and sanitizing hands will be followed strictly” and what we want is just removal of the 50% seat rule in theatres,” added.

Fans ask for the withdrawal of the 50% occupancy rule

Few fans have also shown frustration with this new rule and have termed it as injustice. One of the Twitter users wrote, “I think it’s an injustice to call out for 50% occupancy in theatres when the most anticipated movie just released.. we hope for the best and in favour of everyone without any losses.”

i think its an injustice to call out for 50% occupancy in theatres when the most anticipated movie just released.. we hope for the best and in favour of everyone without any losses. @PuneethRajkumar @hombalefilms @VKiragandur @SanthoshAnand15 #Yuvarathnaa #PuneethRajkumar

#Yuvarathnaa now requires every fans support which is going great in theaters
Let's stand with KFI
I request @BSYBJP to reconsider your decision of 50% occupancy in theaters.#Wewant100percentOccupancy @SanthoshAnand15 @PuneethRajkumar @hombalefilms #Roberrt #KGF2 #Kotigobba3

Meanwhile, the Kannada film industry stars like Kichcha Sudeep and Rakshit Shetty have also expressed their concern over the rule and the Yuvarathnaa film.

Sudeep on his Twitter handle has tweeted, “Goin bk to 50% theatrical occupancy is surely a shocker to a film tats just released. Respecting the govt’s decision too is our duty, keeping in mind it’s for a reason. I wish team #Yuvaratna the best of strength to overcome this situation and come out victorious”.

Goin bk to 50% theatrical occupancy is surely a shocker to a film tats jus released. Respecting the govts decision too is our duty, keeping in mind its for a reason. I wsh team #Yuvaratna the best of strength to over come this situation and come out victorious. @hombalefilms

11 Things To Do While Visiting JP Nagar

11 Things To Do In Rajajinagar

Puneeth Rajkumar’s Yuvarathnaa And All The Things You Should Know