Home » Bangalore Fort, A Monument Of Courage And Pride
NewsTravel

Bangalore Fort, A Monument Of Courage And Pride

The history of Bangalore has given us the majestic Bangalore Fort, also known as Tipu Sultan’s fort that enhances the rich history of the Kingdom of Mysore and is a powerful structure of Indian history. This fort tells a lot about the different architecture styles, their connections and evolution and has its share of a story rooted deeply in the charming stone structure.

Why was Bangalore fort built?

The history of the fort dates back to 1537, it was Kempe Gowda, the founder of Bangalore, who constructed a mud fort with a margin of one mile surrounded by a trench and nine gates. The chief of the Vijayanagara Empire had a dream to create a city that would be as beautiful as Hampi and would be a capital city with a fort, temples, tanks or water reservoirs and a cantonment.

In 1687, the Mughals took control of the present-day Bangalore city and leased it to Chikka Devaraja Wodeyar, the then King of Mysore in 1689, who further enlarged the existing fort. Nearly 100 years later, the fort was refurbished and restored with stones by Hyder Ali, the father of Tipu Sultan. 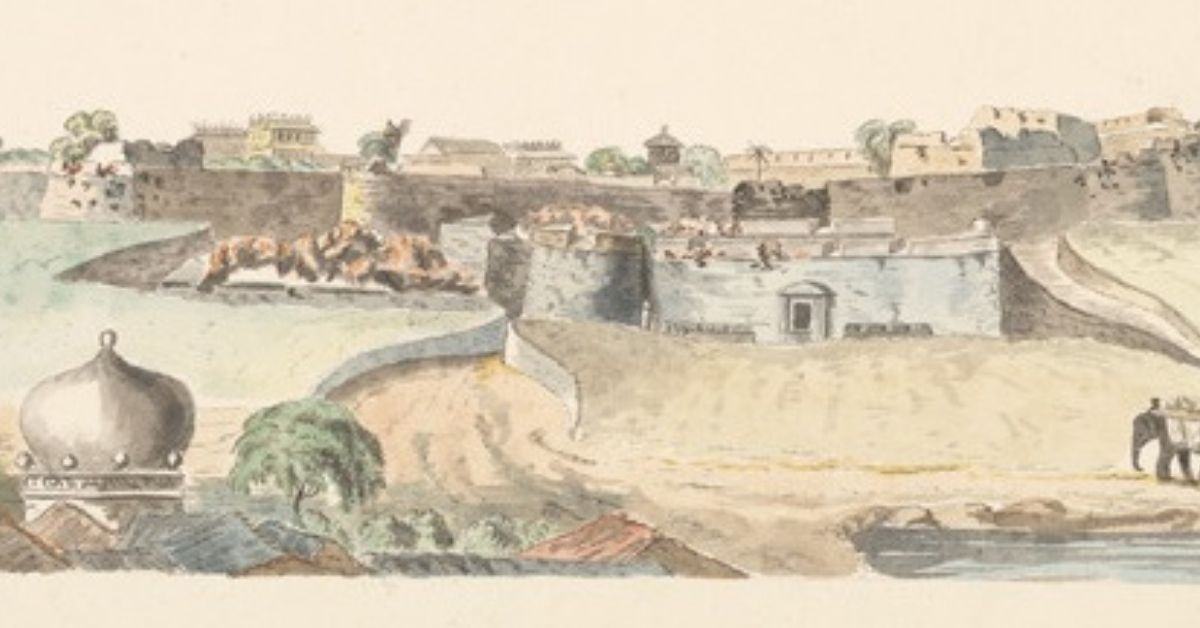 This beautiful architecture was scattered across a mile and was bordered by wide channels which were commanded by 26 towers surrounding its walls and guarding the palace against adversaries.

Tipu Sultan later named the fort “Rash e Zannat” meaning “Envy of Heavens”. The emperor often used the palace as a summer shelter and was built completely of teak wood.

The fort was attacked by the fierce British East India Company in 1791, led by Lord Cornwallis, after annihilating almost 2,000 people. Following the battle, the British Army captured the palace and broke through the walls during the Third Mysore War near the Delhi Gate. The Fort has the mark of the struggle of the mighty King against British domination.

Here is a video if you want to take some more details about the fort:

The oval-shaped monument is shielded by thick walls, with visible marks of the damage caused by battles during the British dominance. The tall gate of the fort comes with three massive iron knobs that are guarded quarters and it reminds of the ancient Karnataka architecture with carvings of lotus, peacocks, elephants, birds and other elegant subjects. 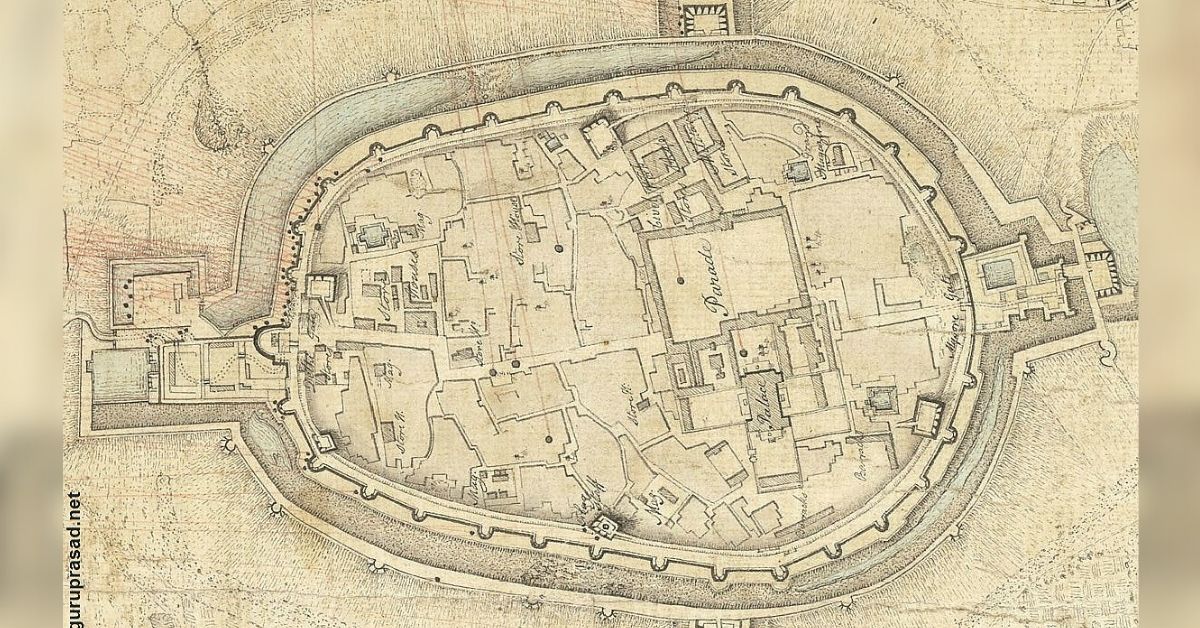 The whole palace is built with teak wood, stone, mortar, and plaster. Moreover, the palace is a two-story construction supported by beautifully carved wooden pillars which rest over the stone base. Pillars, however, are carved with a design that looks that the pillars are rising from the flowers. 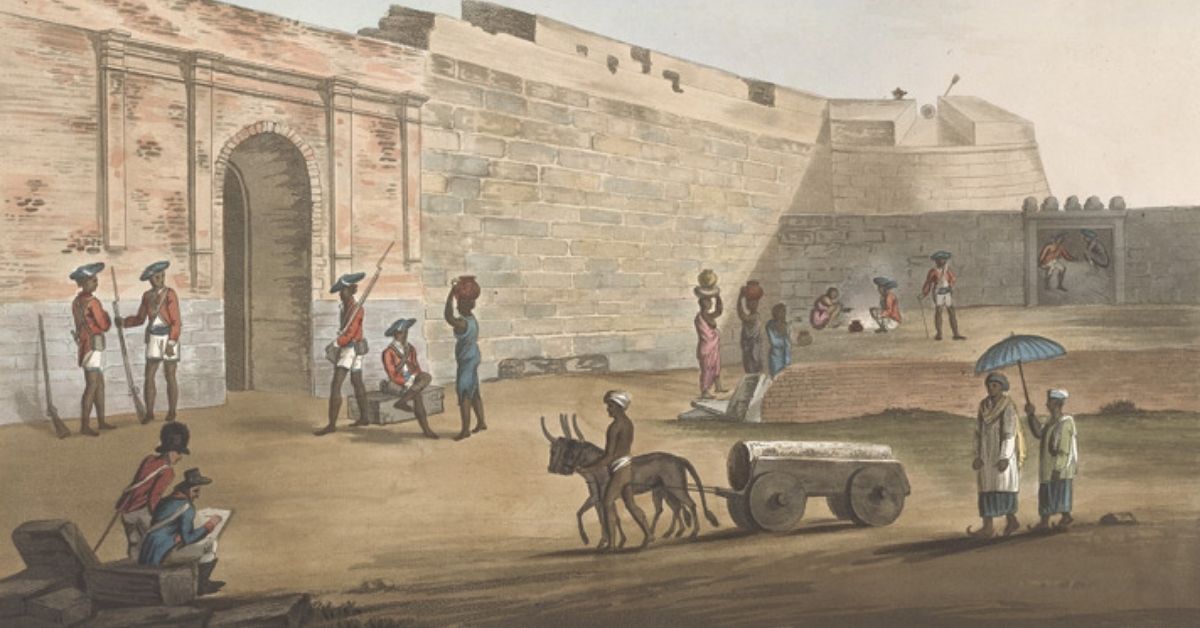 The first floor of the monument is led by four staircases which guide to a large hall with four rooms situated at four corners of the hall. The rooms were named Zenana Rooms for all the female members of the royal family. The hall also has two prominent balconies on the east and the west side of the hall. It is said that the sultan addressed his state administrators sitting in the balconies while he holds the Durbar from the hall.

The palace also has a museum that has four rooms on the ground floor showcasing the antique collections from the era displaying the heroics and courage of the Mysore King and the luxurious lifestyle of the royals.

This place has the crown and clothes of the royal king embedded in gold and silver. You can also witness silver vessels that were gifted to Tipu Sultan’s father Hyder Ali by a general. There are also display of portraits of people and places of the era created in the past.

The Bangalore Fort also has a temple of Lord Ganesha built in the year 1790 in the region of the palace. The temple represents the admiration for other religions by Sultan. The fort area also includes an art gallery exhibiting several paintings, pictures, photos and fine carvings of the past era.

This beautiful Tipu Sultan Fort is a symbolic monument fascinating not only tourists around the year but a place of interest for historians and archaeologists.

How to Reach Bangalore Fort

The Fort is located at a distance of around 38 km from the Kempegowda International Airport in Bangalore. One can easily take a cab from the airport to the palace. However, you can also catch an auto-rickshaw or can reach there by city bus. It should take an hour max from the airport to the fort, but again, it will depend upon the traffic conditions.

The nearest bus stop is Kempe Gowda Bus Station which is about 2.7 km away.

The nearest railway station is Kempe Gowda Railway Station, which is at a distance of 3.4km from the fort.

Having pleasant weather in Bangalore throughout the year, tourists can visit here any time. Nevertheless, it is best to visit this place from September to December. After the monsoon, this place turns into green heavens.